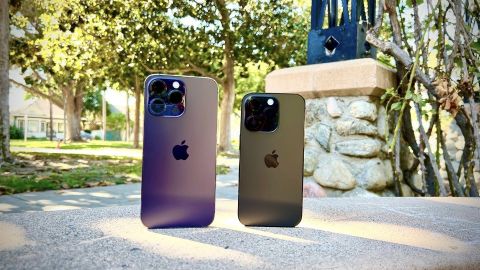 People worldwide are always excited to see what Apple has in store for them, and the anticipation of a new generation of iPhones shows no signs of letting up. You’ve come to the correct place if you’ve been debating whether or not to upgrade your current iPhone or if you want to purchase a new phone.

To find out if upgrading to the newest iPhone is worth the cost, read on for a detailed analysis of the differences between the iPhone 13 and the iPhone 14.

The base model of the iPhone 14 with 128GB of storage can be purchased for Rs. 317,600. That’s hardly shocking, given the iPhone 14 costs the same as its predecessor did when it was first released. However, since the 14, the price of the iPhone 13 has been reduced to Rs. 273,899. Although Apple has discontinued the iPhone 13 Pro and Pro Max, the regular iPhone 13 can still be purchased through the Apple Store. You may can buy any models of iPhone 13 in Pakistan but first you must need to knwo the iphone 13 pro max pta tax in Pakistan.

Only a little can be said about significant design changes. It’s hard to tell the difference between the new iPhone and the iPhone 13. Both variants have a ceramic shield on the front and a glossy aluminium back. Both the notch and the placement of the back cameras are unchanged.

However, it’s worth noting that the 14 is only a fraction of an inch thicker than its predecessor. The iPhone 14, despite being somewhat deeper than the iPhone 13, is lighter. But when taken as a whole, these distinctions are largely inconsequential, and they don’t even matter that much in the grand scheme of things.

The removal of SIM card slots is a noticeable change in the iPhone 14 pro, as the latest model does not support regular SIM cards but instead uses dual eSIM technology.

This is another instance of Apple rigidly adhering to the same design. HDR compatibility, 800 nits of maximum brightness, and 1,200 nits of peak brightness are all included in the 6.1-inch OLED screens found on the iPhone 14 and iPhone 13. Nothing has changed; thus, the iPhone 14’s screen will look identical to the iPhone 13’s.

Alternatively, the notch has been replaced by the new Dynamic Island on the iPhone 14 Pro, and it is this feature that has everyone talking.

Apple usually updates the iPhone’s chipset every year, but users were taken aback when it was revealed that the iPhone 14 would employ the same A15 Bionic chip as the iPhone 13 series. This is just one more reason to pass on the iPhone 14.

The camera on the iPhone 14 has been improved slightly. Both phones visibly feature a main and ultra-wide lens set up on the diagonal as part of a Dual 12MP camera system. Now, though, let’s talk about the new stuff:

The basic main lens aperture of the iPhone 14 is /1.5, the same as on the iPhone 13 Pro models released in 2021, with a minor change in focal length. The iPhone 14’s f/1.8 aperture allows in significantly more light than the iPhone 13’s f/2.2 aperture. Can’t make sense of it? A child could do it.

Compared to the iPhone 13, the 14’s front-facing camera has a narrower aperture (.1.6 vs/2.2). Also, like the more costly 14 Pro versions, it has Autofocus, which could help give your selfies a little more depth.

The iPhone 14 adds a new Action Mode to provide considerably greater stabilisation to films with some cropping, in addition to the Photographic Styles, Smart HDR 4, Cinematic mode, and other software enhancements introduced with the iPhone 13 pro.

Thankfully, Apple still advertises a 50% charge in 30 minutes for the iPhone 13 and 14 using a 20W adapter or above. There are three storage capacities available: 128 GB, 256 GB, and 512 GB, and MagSafe charging is supported on both variants.

New iPhone 14 Worth Your Money

The iPhone 14’s similarity to previous models in terms of style, display, CPU, and camera may leave you wondering if upgrading to it is worth the cost. It looks like all the efforts went into the Pro versions of the iPhone 14, while the standard iPhone is essentially the same with a new box.

If you’re still set on upgrading your iPhone, however, we’d recommend looking at the larger 14 Plus or 14 Pro. If you want the new iPhone 14, you may purchase it in Pakistan you first need to knwo the iPhone 14 pro max PTA tax, which varies depending on the model.

Don’t get the new iPhone if you already have an iPhone 13 or 13 Pro. However, if you are set on purchasing a new phone, opt for the iPhone 14 Pro or 14 Pro Max, particularly if you must have the Dynamic Island immediately.